Reading:
I gave up my smartphone for a weekend to use a retro KaiOS feature phone
Share this:

​The shop had something less commonly seen in Singapore: feature phones, or now known as dumb phones. It was odd to see them prominently displayed, sitting in the front row of the display cabinet. With Singapore’s high digital literacy rates and ubiquitous use of smartphones, which are generally considered affordable, you might not think that these phones could possibly attract a buyer. You’d be wrong.

The shopkeeper caught me gawking at them and laughed. “This is called the old man’s phone,” he explained, referring to the market for these devices.

These phones are equipped with the basic functions like texting and calling, but lack other also-important functions like Bluetooth or Wifi. They’re in high demand from the elderly population in this none too well-heeled neighbourhood of Jalan Besar, who aren’t tech-savvy either. Still, these phones cost more than a handful of spare change, at SGD50 to SGD80 (USD37 to USD60).

I tried to imagine using one of these ‘dumb’ feature phones. But honestly, I couldn’t imagine missing out on the convenience of cloud storage or searching up interesting questions that cross my mind on the spot, without an internet connection.

I decided to try an experiment. Yes, it was crazy and yes, I would probably go crazy, but I was curious. Could I survive a single weekend using a feature phone?

I brought my KaiOS phone back home and told my parents to contact me via my new phone number for the weekend. Out of context, the KaiOS device looks like a side effect of a time-traveller accidentally messing up the timeline. My parents couldn’t believe I was using a phone that belonged to “their generation”. My father peered at my phone, and asked with mild fatherly concern, “Darling, did you break your smartphone?”

He raised an eyebrow, and saved my number.

Saturday, my first day with the KaiOS phone, began by greeting everyone in my contact list in the morning. They were only a handful, and that took up a whole hour. Fumbling with the keypad, I couldn’t imagine texting everyone ‘good morning’ in my actual contact list!

I had to put more energy and focus into typing a message. I had to switch between different keyboards for punctuation and capital letters, for example. In fact, I focused so hard on texting on the bus that I missed my stop. But when I got the hang of it, I actually began to enjoy the satisfying process of clicking my phone buttons. I even made a Facebook post.

Downsides of a retro-smart feature phone

As the weekend went by, I was quick to notice its shortcomings: emojis on Whatsapp took a while to show up, and I couldn’t multitask, because with its lower memory compared to a smartphone, the KaiOS feature phone could only run one app at a time.

Slow can be good

Despite it all, I found myself enjoying the KaiOS phone’s slower performance. I could get a simple task done while an app loaded, or just choose offline entertainment like the phone’s radio.

Whenever I had time to kill, I downloaded games from its Kai app store. I roped in my brother, an avid gamer, and we spent some sibling bonding time browsing the app store and trying games out. Though he was skeptical about how fun the games were at first, it soon got pretty intense!

Is a KaiOS feature phone camera any good?

Being a smartphone photographer, I didn’t expect much from the KaiOS phone camera. The camera’s lens captures at 0.3 megapixels, a far cry from the average smartphone that renders images at 12 megapixels. It also lacks zoom and focus functions. But when I took my first photo, I was amazed that the images were much clearer than I expected. They might be pixelated, but the subjects were clearly outlined. The colours were as vivid as reality, and the lens flare against the sunlight in one of the shots was just so pretty.

A none too shabby display

The phone’s display was surprisingly clear too. I could watch streams on Facebook, and browse for GIFs to send via Whatsapp. I could browse the web, which allowed me access to Wikipedia and various news sites. Seeing the crisp, sharp interface of the Google search bar on the chunky, plastic device was just so trippy.

A gateway to the digital world

While my benchmarks of performance and speed come from being used to a modern smartphone, I realised that to someone who doesn’t come with the expectations built on familiarity with the performance capacity of a smartphone, this KaiOS smart feature phone would be the gateway to the digital world.

Having learnt and re-learnt a lot within a weekend with the KaiOS phone, I could imagine how much more I would have learnt if it had been my first and main phone: I wouldn’t miss out much in the world around me with its built-in browser and app store.

While trying out the KaiOS smart feature phone was just a fun experiment for me, the existence of this device has the potential to facilitate transformation in communities that have limited avenues of information, education and communication. These low-cost KaiOS devices could powerfully lower the barriers standing in the way of those yet to reap the benefits of the internet.

Who would have guessed that combining one thing from the past with another from the present together could open a new window into the future?

Be one of the first to view the first app review platform created for KaiOS apps! Go to kobi.spudniklab.com. 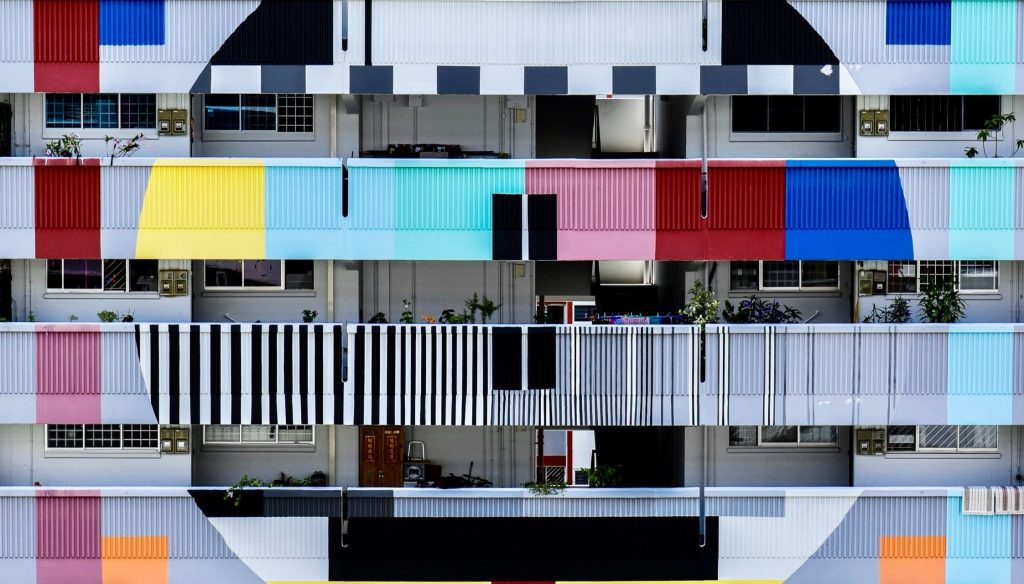 Bridging the digital divide in Singapore

How some groups are working to close the gap between the digital haves and have-nots, in the city-state purported to be the technology capital of Asia, one laptop at a time.

Retro cool KaiOS smart feature phones have their own app store with apps for everything from financial literacy to healthcare information, and of course games!