Reading:
The Battle of the Best-Looking Emojis! Who Will Emerge Victorious?
Share this: 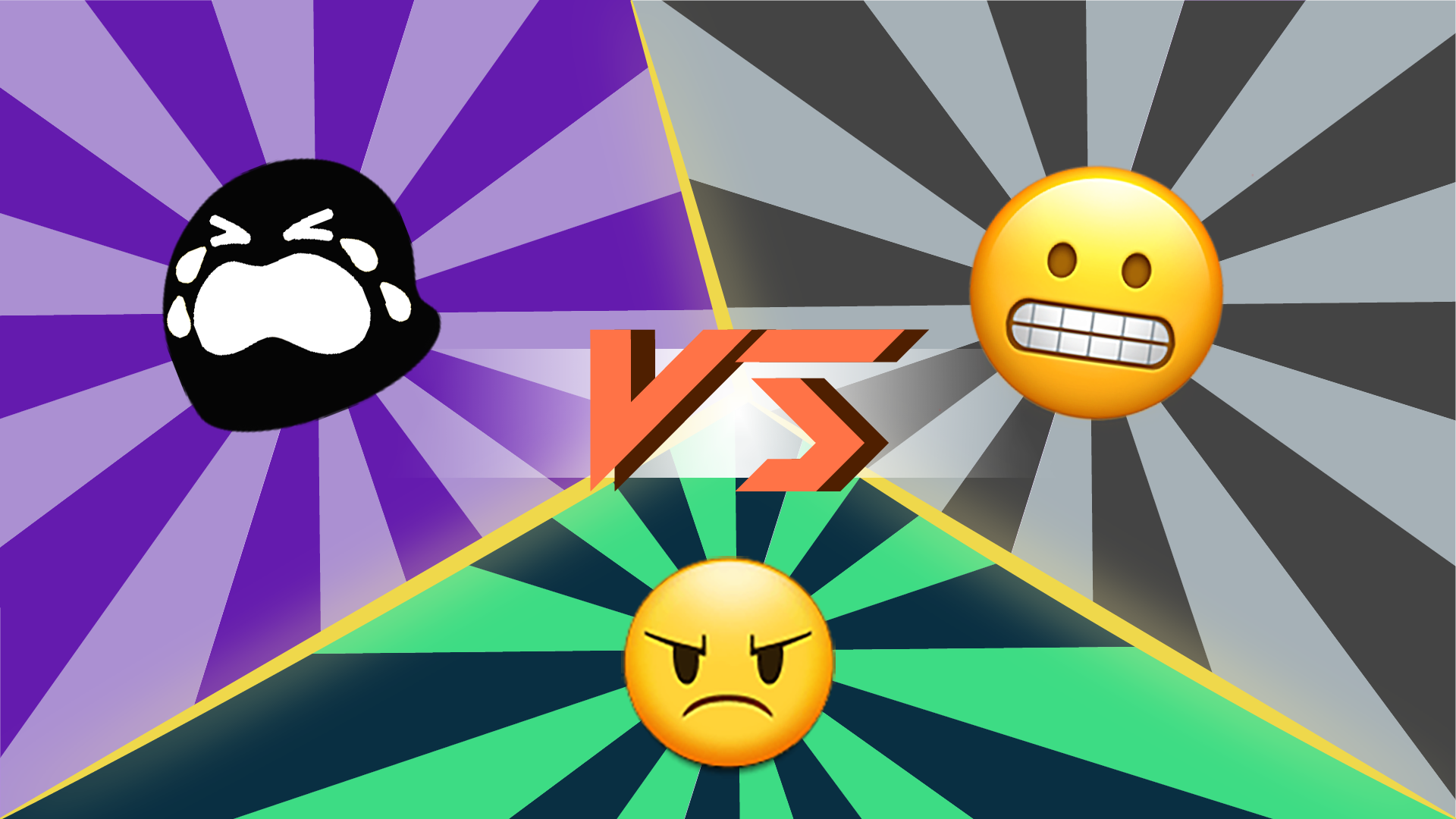 The Battle of the Best-Looking Emojis! Who Will Emerge Victorious?

We know how various emojis show up on iOS and Android. Emojis of the same subject, for example a cat, look similar to avoid miscommunication. But did you know one emoji has at least 15 unique appearances across different platforms, such as social media and mobile operating systems?

Another lesser-known operating system with its own take on emojis is KaiOS, an operating system for low-cost smart feature phones we think is awesome because it’s internet-enabled and can help bridge the digital divide.

Emojis show up as black and white icons on these simpler phones. Pixelated, too, due to the small screen display of KaiOS phones, usually only one-third the size of a smartphone screen. The graphics come from Google Android 4.4 blob emojis, which were released in 2013 with 850 icons. The amount of emojis KaiOS recognises are about a quarter of the emojis we have available today across all platforms.

Emojis have come a long way

From making faces out of punctuations to Unicode emoticons, we’ve found a super fun and effective way to communicate emotional cues from behind a screen. Unicode is an international “language” for computers. Computers read numbers, so unique numbers are assigned to every symbol and emoji; this numerical language is known as Unicode. Different platforms have similar but unique interpretations of the Unicode, and have differing levels of Unicode support too!

KaiOS only recognises a limited amount of Unicode, therefore newer emojis like the bubble tea emoji appear as black boxes. The KaiOS operating system itself does not have its own emoji keyboard – compared to smartphone operating systems that have GIF and sticker keyboards!

Luckily, KaiOS has Whatsapp, which has its own in-app emojis. Whatsapp’s extensive emojis are colourful and easy to see. Along with Facebook and Twitter, which also have their own emojis, all the KaiOS user needs is an internet connection to access the full online communication experience. Imagine “liking” a message, sharing stickers and GIFs using this unassuming retro phone – Isn’t that fascinating?

Emojipedia is a good resource to get a glimpse of how emojis look on various platforms. It doesn’t include KaiOS emojis, but it documents Android 4.4 blob emojis that KaiOS uses – except they’re coloured, not black and white.

For the sheer heck of it, I’ve compared emojis across iOS, Android and KaiOS. I picked one emoji from 3 emoji categories: smileys, animals and food & drink. I also ranked them against each other, according to how appealing they look.

So, which operating system has the cutest looking emoji, or the most awful ones? Read on to find out!

Android’s smiley looks like it’s in the pink of health. Eyes shining with hope, a winning smile – how photogenic! A good morning text with this emoji is sure to brighten anyone’s day.

Are you okay, iOS smiley? The emoji looks sick! And I don’t mean in a good way!! It’s so pale, and its eyes look hollow. Regardless, its features make it look like a daydreamer. Here, but not present.

While the KaiOS smiley is cute, it’s not following the theme! A 😀 and 🙂 represent different levels of happiness, so don’t be afraid to smile more, little blob!!

Android’s emoji is not so much in dramatic pain as KaiOS’, it might be reacting to a minor injury instead. It looks as if it just stepped on a Lego. This expression is spot on, I’d know!

iOS’s crying emoji fails to spark an emotion from me. The two streams of tears are too linear, as if they’re stuck on! You won’t fool me with those crocodile tears, iOS!

“WHY MEEEEEE??” KaiOS’s crying emoji dramatically wails. I mean, look at that head tilted backwards and fat teardrops streaking down its face… It’s not only experiencing sadness, but anguish.

You HAVE to say “boop” when touching this cat’s little nose. Android’s cat emoji is an earnest kitty with curious eyes. It probably chanced upon a bag of turmeric and rolled in it, which explains why it’s so yellow.

iOS’s cat is a cat you trust at your own risk.That slight smile is terrifying; who knows what it’s plotting? Its ears are perked up and listening for your footsteps, ready to give you a good ol’ jumpscare. Might walk across your keyboard or slap you with its tail.

KaiOS’s cat emoji loves to frolic in a field of flowers and make friends with butterflies. It may be black but I’d hardly associate it with bad luck because it’s so sweet to everyone!

I mistook its floppy ears for locks of hair at first glance. Android’s dog looks confused, too. Why does the underbelly reach all the way to its mouth?

iOS’s dog seems more focused. Neck long, eyes and ears forward, one paw up in deliberation for his next step. Even its tail is shaped like a question mark.

This doggo is simple and endearing: floppy ears, friendly gaze, and a tail that wags 24/7. An excited puppy that will go hyper when it hears the word “walk” and “park” in the same sentence.

Now this… this is a perfect cookie, iOS! Crunchy on the outside and soft on the inside. Melted chocolate chips are evenly spaced so you get a good chocolate-to-cookie ratio at every bite. Yum!

There’s something about Android’s burger that makes me look at this like a sandwich. It’s a little flat. Where can you even find tomatoes THAT big?

I thought the tomatoes went under the patty? No matter. iOS still makes food emojis look totally scrumptious! A perfectly toasted burger bun, cheese that melts at the corners, a generous helping of grilled patty – a burger to savour, surely!

Uh oh... KaiOS has to take the last position again! 😰 It looks like a doodle of a krabby patty from Spongebob Squarepants.